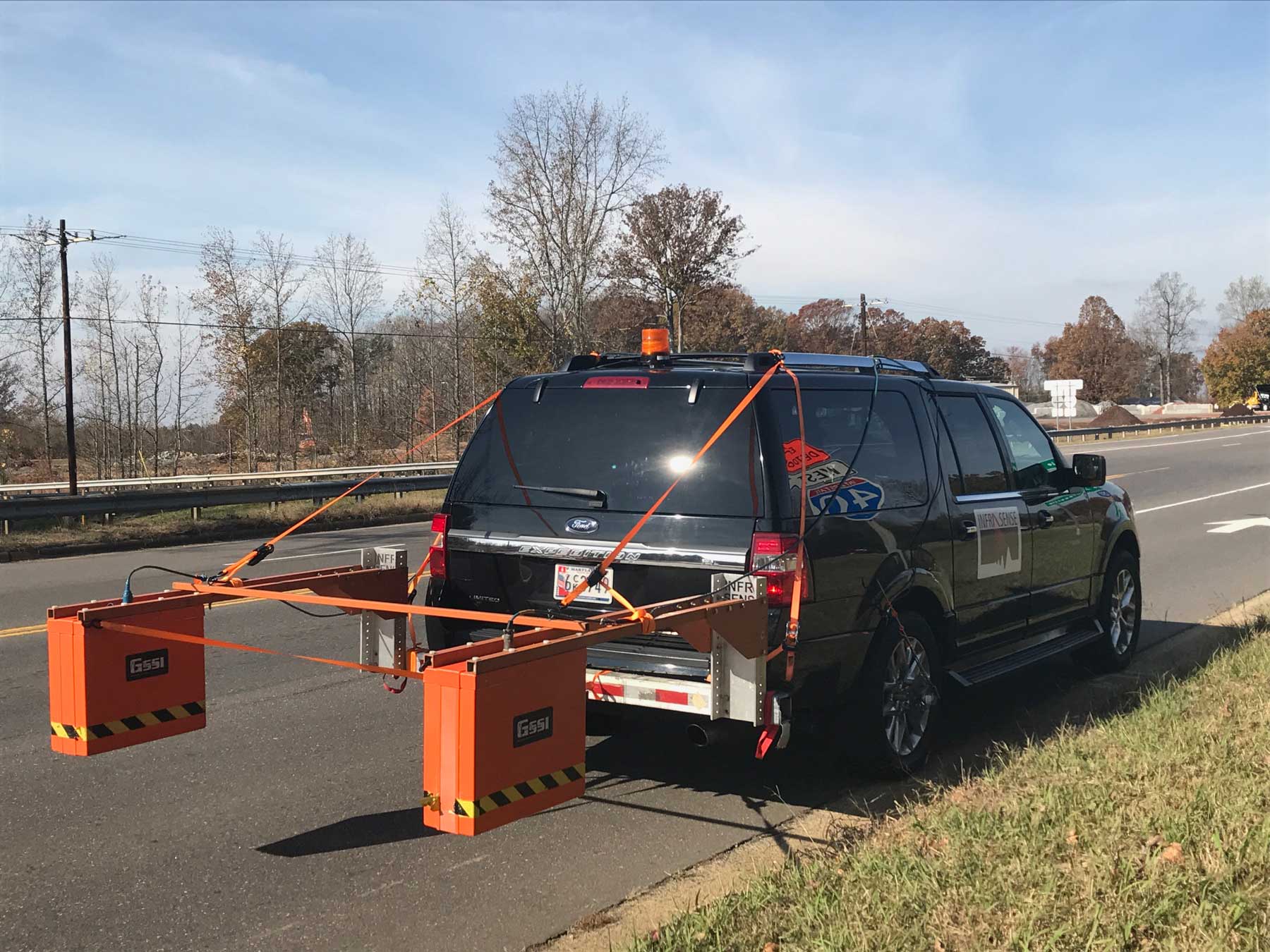 Infrasense was first on the scene to carry out the high-speed GPR, IR, and HRV surveys. This survey was performed with a vehicle mounted dual horn GPR antenna system mounted off the rear of the survey vehicle and an infrared camera and high resolution video camera system mounted side by side on the roof. This system allows for the collection of three complete datasets, which are all triggered by a wheel-mounted distance encoder. The surveys were carried out at highway speed, allowing traffic to flow uninterrupted. The analysis of the GPR, IR, and HRV data was carried out using Infrasense’s proprietary software and resulted in quantities and plan-view maps of deterioration, delamination, spalling, patching, and rebar cover.

Shortly after, BDI carried out a suite of NDE tests including manual chain drag, chloride ion penetration, and rebound hammer; as well as a recently developed method, SounDAR (Deck Acoustic Response). SounDAR, developed by BDI, is a method that automates the cumbersome and time-consuming process of manual chain drag using a vehicle-mounted system. The system includes a series of chains, and other impact devices, along with corresponding microphones covering 8-feet of bridge width per driving pass. The recorded acoustic response is analyzed using a proprietary software to produce a delamination map. In addition to increased data collection efficiency, SounDAR has the advantage of being an objective measure, as opposed to manual chain drag which relies on onsite interpretation and varies significantly from inspector-to-inspector.

The results from this study showed good correlation between all of the methods for each of the three bridge decks. The prospective larger-scale NDE testing program will likely deploy a 2-phased approach, with Phase 1 including the driving speed methods to cover all of the decks in the program, followed by higher resolution inspection methods carried out on a subset of the decks based on the Phase 1 results and agency needs.