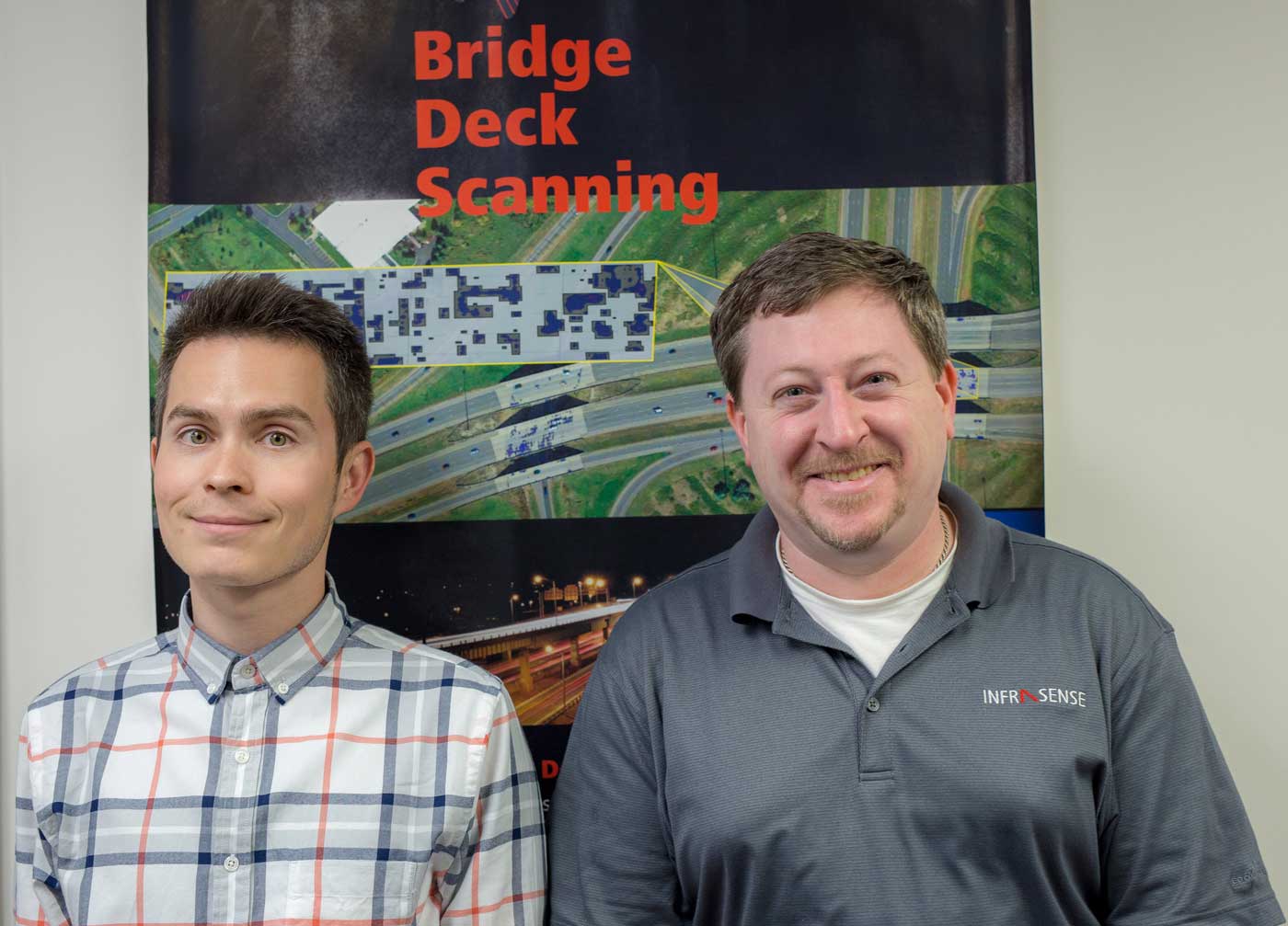 Aleksey received his Ph.D degree in Geological Engineering from the Missouri University of Science and Technology (MS&T). During his postgraduate studies, he was actively involved in multiple projects assessing condition of concrete and pavement structures using various geophysical methods.

Before signing on with Infrasense, Aleksey worked as a postdoctoral fellow at the Missouri MS&T. His primary research interests involved application of GPR for civil engineering problems. He also enjoyed teaching a variety of geophysical classes for undergraduate and graduate students.

Patrick received his Bachelor’s degree in Geoscience from the University of Massachusetts – Lowell. After graduating with honors, Patrick worked at a geoscience and geophysics consulting firm performing myriad geological and geophysical surveys. Recently, Patrick passed the Professional Geologist exam, adding another set of “P.G’ initials to his resume! His experience and knowledge with computers, electronics, geology, and geophysics has helped Patrick hit the ground running at Infrasense.

Outside the office, Patrick keeps busy with odd jobs such as repairing computers and phones, customizing cars, and taking care of his corals and exotic plants.

GPR Scan on Connecticut Interstate
May 25, 2021
Go to Top