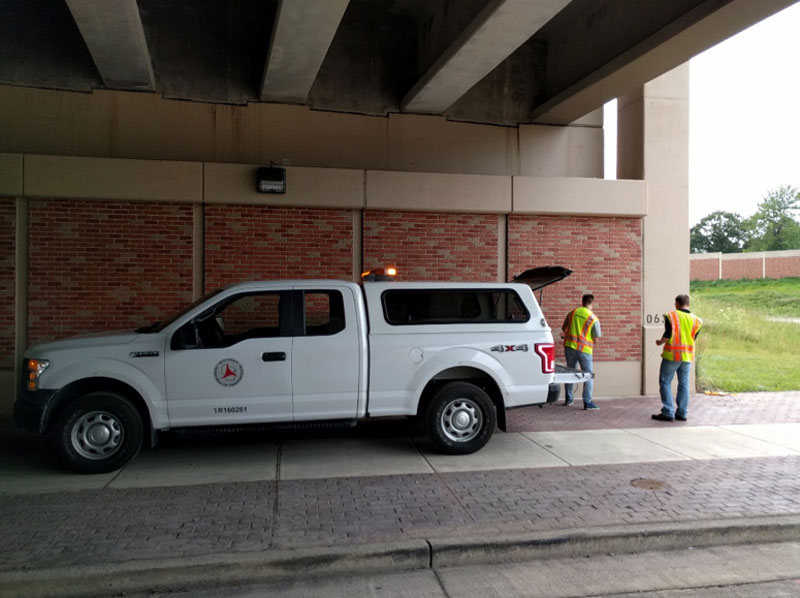 Infrasense completed a Pilot Study to establish a method for measuring the void space between a decorative fascia wall and a mechanically stabilized earthen (MSE) retaining wall using GPR. Ground-coupled GPR antennas were used to test the abutments of multiple bridges in Green Bay, where these MSE retaining walls are used in the design of approximately 100 bridge decks. In 2016, an initial phase of this pilot study determined the void space GPR results to be within 10.2% of the drill-hole measurements, on average, and the recent second phase confirmed GPR as an effective and repeatable tool to quantify and map the void space conditions behind a concrete wall.