Ground penetrating radar operates by transmitting short pulses of electromagnetic energy into the pavement using an antenna attached to a survey vehicle. These pulses are reflected back to the antenna with an arrival time and amplitude that is related to the location and nature of dielectric discontinuities in the material (air/asphalt or asphalt/concrete, reinforcing steel, etc). The reflected energy is captured and may be displayed on an oscilloscope to form a series of pulses that are referred to as the radar signal. The signal contains a record of the properties and thicknesses of the layers within the deck, as shown schematically.

The attenuation (loss of signal strength) of the radar signal, as measured from the top rebar reflection and/or the bottom of the deck, is used as a measure of concrete delamination. This is because contaminated and delaminated concrete will cause the GPR signal to dissipate and lose strength as it travels through the deck and reflects back from the rebar and the bottom.

The GPR equipment used for this inspection project is a dual 1-GHz or 2-GHz horn antenna system manufactured by GSSI, Inc. of Nashua, NH. The survey vehicle is equipped with an electronic distance-measuring instrument (DMI) mounted to the rear wheel of the survey vehicle, providing continuous distance data as the GPR data is collected. The data collection and recording is controlled by either the SIR-20 or SIR-30 GPR system operated from within the survey vehicle. Using this system, the GPR data is collected with a series of longitudinal passes, each at fixed offset from the curb, at a collection rate of at least 4 scans per linear foot. The overall objective of the survey layout is to generate passes at 3-foot transverse spacing from curb to curb. The GPR survey is carried at speeds up to 50 mph; no lane closures are required while data is collected.

The bridge deck analysis is carried out with Infrasense’s proprietary software winDECAR® using the following steps:

The analyzed GPR data is presented in the form of contour plots. The potential areas of delaminated and scaled concrete are identified by a threshold, which is calculated from the data. The combined influence of surface dielectric constant and attenuation is used as the measure of deterioration. For the approach slabs, areas identified as having a relatively high amplitude at the approach slab bottom/ supporting material interface are identified as indications of either an air gap or high moisture levels. 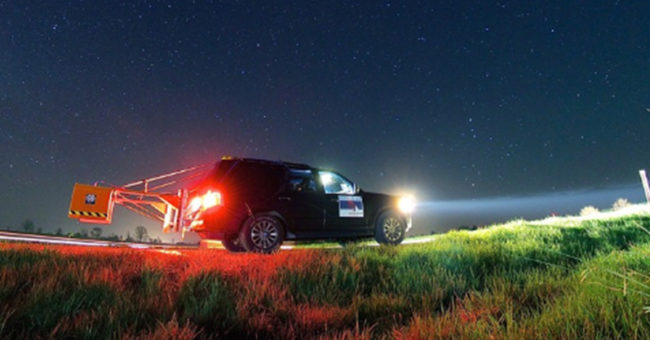 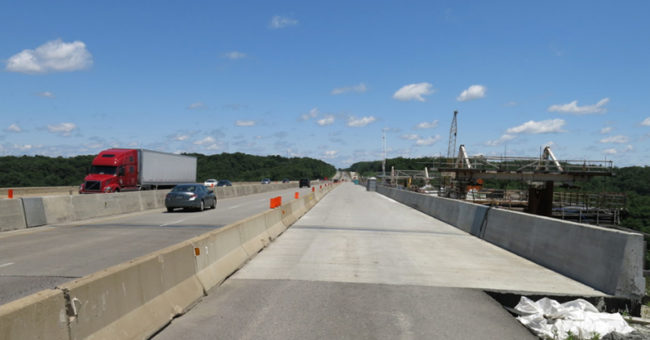 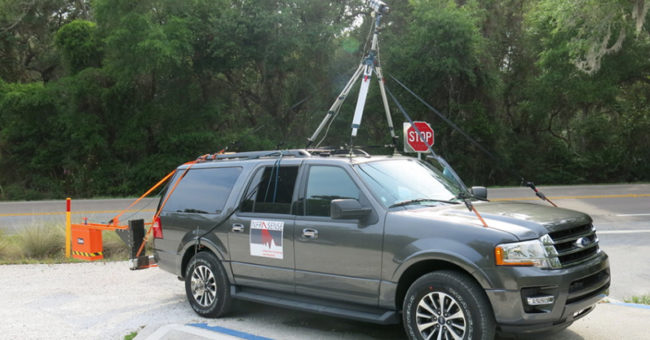 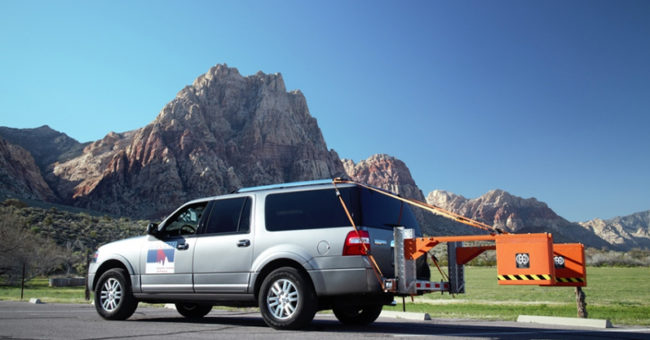 Multi-Phase Condition Evaluation of a 1.5-Mile Viaduct on I-515 in Las Vegas 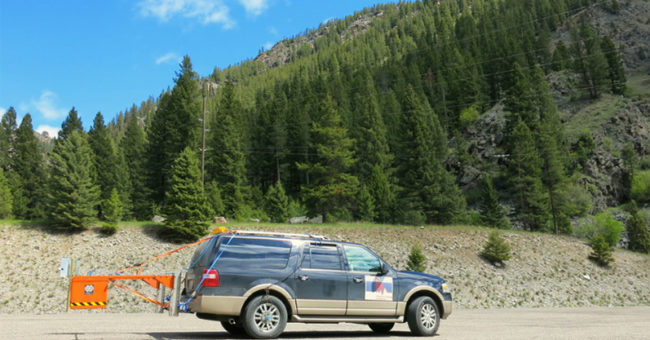 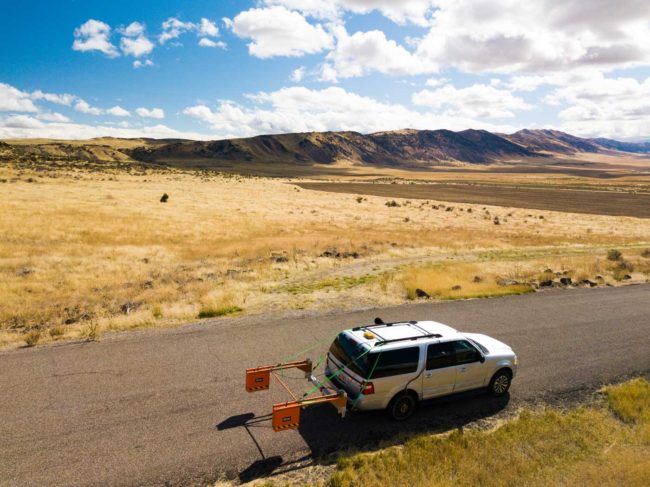