This project involved the use of Ground Penetrating Radar (GPR) as a subsurface investigation tool in updating the pavement management and maintenance system (PMMS) for the South Carolina Aeronautics Commission (SCAC). An essential aspect of this system is tracking the deterioration of the pavement surface condition over time, and determining the load carrying capacity for each pavement surface. The evaluation addressed this need on 23 airfields by combining historical records research, visual site inspections, and physical testing. Testing included FWD measurements, GPR scanning, and coring.

The GPR evaluation was carried out by Infrasense, with the specific objective to determine pavement layer structure information and to identify deeper subsurface features including voids or foreign objects, such as, abandoned fuel tanks, tree stumps, etc. in embankments. GPR was used to scan all major pavement elements, including runways, taxiways, and aprons.  The GPR system combined a 1 GHz horn antenna to characterize pavement layer structure, and a 400 MHz antenna to identify utilities, voids, foreign objects, and areas of high moisture to a depth of 7 feet. The equipment was set up to travel at speeds of 15-20 mph, and was equipped with a differential GPS unit to provide a detailed track of the survey paths.

The data was analyzed to identify thickness of the bound and unbound pavement layers. This data was presented in tabular and graphical form, and was used with the FWD data for back-calculation of layer moduli.  The deeper subsurface features were identified and mapped using geo-referenced data files. The GPR thickness data was verified with data from a limited number of cores taken at each airfield, and thickness results were typically within 0.5 inch. 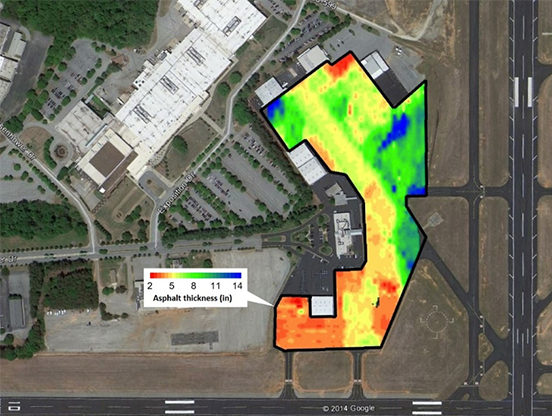 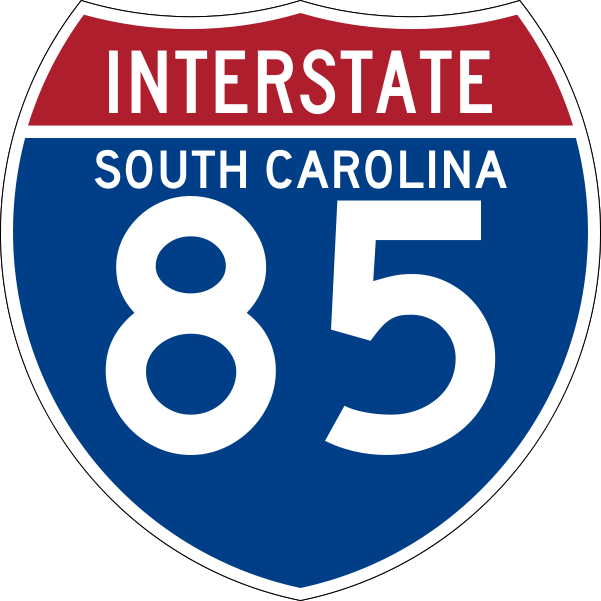 Pavement Thickness Survey Along Section of I-85 in South Carolina

In May 2017, Infrasense carried out a GPR pavement thickness survey of 24 lane-miles of I-85 near Spartanburg, SC. The right shoulder, right lane, center lane, and left lane were surveyed in both northbound and southbound directions. The results of the survey included a statistical summary of the pavement layer thicknesses in each lane, as…